Answer-Leeuwenhoek in 7064 discovered free living cells(unicelluclar organism). He found them in pond water.

Answer- in 1931, robert Brown discovered the nucleus of a cell.

Question 7- who gave the term protoplasm ?

Answer- purkinje in 1939 coined the term " protoplasm" . The nucleus and the cytoplasm is collectively called the protoplasm.

Answer- the cell theory, that all the plants and animals are composed of cells and that the the cell is the basic unit of life, was presented by two biologist- schleiden 1833 and schwann 1839. The cell theory was father expanded by virchow(1855) wife distant that all cells arise from pree exciting cell.

Question 9- what are unicellular and multicellular organism? Give example

Question 10 - why cells are different shapes ?

Answer- the shape and size of cells are related to the the specific function they perform. Some cells like amoeba have changing shapes. in some cases the cell shape could be more or less Fixed and  peculiar for a particular type of cell. For example isl - nerve cells have a typical shape. 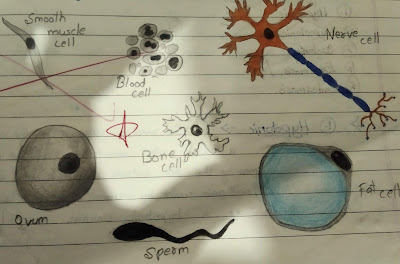 Question 11- diffusion and osmosis. Give example ?

Example- you can smell perfume because it diffuses into the air and makes its way into your nose.

Example- movement of water inside and outside of the cells.

1- hypotonic if the medium surrounding the cell has a higher water concentration than the cell, meaning that the outside solution is very e deliberate the cell will gain water by osmosis. Such a solution is known as a hypotonic solution.

2- hypertonic - if the medium has a a lower concentration of water than the cell, meaning that it is a very concentrated solution the cell will loss water by osmosis. Such a solution is known as a hypotonic solution.

3- isotonic - if the medium has exactly the same water concentration as the cell there will be e no net movement of water across the cell membrane. Such a solution is known as an isotonic solution.

4- exosMosis the process by which water molecules move out of the cell is called exosmosis.

5- endosmosis the process by which molecules enter a cell is called endosmosis.


Question 13- how do substance like CO2 and water move in and out of the cell? Discuss

Answer- 2 and water move in in and outside the cell by diffusion and osmosis respectively. The moment will be e from the area of higher concentration to lower concentration.

Question 14- why is the plasma membrane called a a selectively permeable membrane?

Answer- plasma membrane is called selectively permeable because it it allow entry and exit of selected substance.

Question 15- how do roots absorb water?

Answer- roots absorb water by the process of osmosis.

Question 16-Name the process by which exchange of o2 and so2 takes place in organism?

Question 17- what is endocytosis?

Answer- the flexibility of the cell membrane also enable the cell to 2 enGulf in food The Other material from its external environment. Such process are known as endocytosis. amoeba a eqvires its food through such processes.


Question 18- describe the structure and function of plasma membrane?


Answer- the plasma membrane allow for permits the entry and some material in in and out of the cell. It also prevents movement of some other material.

Answer- when a living plant sale losses water through osmosis there is
shrinkage or contration of the contents of the the cell away from the cell wall. This phenomena is known as  plasmolysis.


Question 21- what are the function of cell wall?


Answer- the cell wall is an outer protective membrane in many cells including plants, fungi, algae and bacteria. Animal cells do not have a cell wall. The main functions of the cell wall are to provide structure, support and protection for the cell.


The nucleus has a double largest covering called nuclear membrane. The nuclear membrane has pores which allow the transfer of material from inside the nucleus to its outside that is is to the the cytoplasm. The nucleus contents chromosome which are visible as road shaped structures only when the cell is about to drive.chromosome content information for inheritance of character from presents to next generation in the the form of DNA molecules.


Question 22- what is DNA? What is chromosome and what is genes ?

Answer- the nucleus contents chromosome which are visible as road saped structures only when the cell is about to divide. Chromosomes contain information for generation in the full form of DNA(deoxyribo nucliec acid) molecules. Chromosome are composed of DNA and protein. DNA molecules contain the information necessary for constructing and organism cells. Functional segment of DNA genes. In a Cell which is not dividing does DNA is present as part of chromatin material. Chromatin material is visible and entangled mass of trade like structure. Whenever the cell is about to divide, the chromatin material Gates organised in chromosome  .

Question 23- what are the function of nucleus ?

Answer- the nucleus play central role in Cellular reproduction the process by which a single cell divide and form 2 new cell. It also so please say a circle part 8, along with the environment, in determining the way the cell will develop and what form it will exhibit at maturity by directing the chemical activities of the cell.

3- it contain more than one chromosome.

Answer- the cytoplasm is the fluid content inside the plasma membrane. It also contents many e specialised cell organelles perform a specific function for the cell.

Question 26- viruses have any membrane?

Answer- viruses lack any membranes and hence do not show characterstics of life unit they enter a living body and youth itself machinery to multiply.

Question 27- describe the structure of ER ?

Question 28- describe the function of Endoplasm ?

* SER is is involved in the process of detoxification of many poisons are drugs in liver cells.

* SER place an important ROB in the biosynthesis of cholesterol(lipid)

* lipids and protein from (s e r) and (r e r) help in building the cell membrane. This is known as membrane biogenesis.

Answer- the Golgi apparatus is an organelle present in most aukaryotic cells. It is made up of membrane- bound sacs, and is also called a Golgi body, golgi complex or dictyosome. The job of the Golgi apparatus process and bundle macromolecubes like proteins and lipids as they are synthesized within  the cell.

Answer- mitochondria- turning on the power house. Mitochondria are are known as the the powerhouse of the cell. They are organelles that at like a digestive system mistakes in nutrients, break them down, and create energy rich molecules of the cells. The biochemical process of the cell are known as  cellular representation.

Question 31- name the type of plastids and give them function?

Answer- plastids - plastids are double membrane- bound organelles found inside plants and some algae which are primarily e responsible for activities related to making and storing food some of the most common plastids include:-
chleroplasts

Question 32- draw chloroplast and describe its structure and function ?

Answer- the chloroplast has an inner and outer membrane with an empty intermediate space in between. Inside the the chloroplast these thylakoids contain the chlorophyle that is necessary for the plant to go to photosynthesis.

Question 33- can you name the oraganelles we have studied that contain their own genetic material?

Answer- mitochondria and plastids are the two organelles that contain their own genetic material. Who this organelles have their own DNA and vibosomes.

Question 34- if the organisation of the the cell is destroyed due to some physical or chemical influence...? What will happen?

Answer- cell is the smallest unit of life which is capable of all living functions. If the the organisation of the cell is is is destroyed due to some physical and chemical influence, then the the ability of the cell to perform all living function such as representation, nutrients, excretion etc would be affected.

Question 35- why are lysosomes known as suicide bags?

Answer- lysosomes are membrane bound vesicular structure that contents powerful digestive enzymes. These enzymes are capable of Breaking Down any foreign food particles or microbes entering the cell. Sometime lysosomes can cause self destruction of a cell by bhai relising these digestive enzymes with in the cells, hence, they are also known as" bridal bags"

Question 1- make a comparison and down ways in in which plant cells are different from animal cells.

1- plant cell are larger in size.

6- food is stored in the form of stretch.

4-centriole with centrosome is present.

5-vacuoles are either absent if they present so very small in size.

6- food is stored in the form glyogen.

Question 2- how is prokaryotic cell different from eukaryotic ?

2- nucleus is absent nuclear reason for nucleoid is not surrounded by a nuclear membrane.

3- it contains more than one chromosome.

Question 3- what would happen if the plasma membrane ruptures aur breaksdown?

Question 4- what would happen to the life of a cell if there were golgi apparatus ?

Answer- golgi apartments helps in the parking, storage and transport of substance in the cell. If there were no golgi apparatus then the following thing will happen.

1- the material synthesized bye endoplasmic reticulum would not be carried to the various parts inside and outside the cell.

2- synthesized material could not be stored and modified father as the golgi apparatus the function of storage and modification.

Question 5- which organells is known as the powerhouse of the cell? Why

Answer- mitochondria is called the powerhouse of the cell as it produces energy by oxidizing the food and storing it in the form of ATP. Which is called the energy currency cell. The energy is later used for various activities by the cell.

Question 6- where do the lipids and proteins constituting the cell membrane get synthesised? 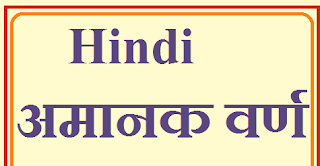 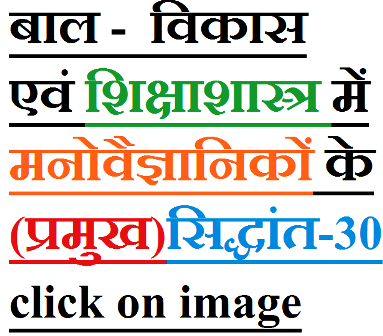 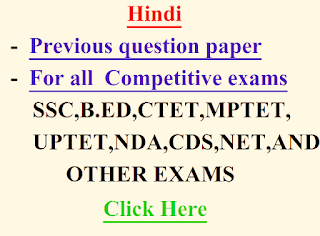